“You think that dogs will not be in heaven? I tell you, they will be there long before any of us.” —Robert Louis Stevenson

My dog died three years ago today.  On this day I will remember him, and share a little bit of him with you. These are the lessons from Zachary that I learned during that fall three years ago, on the final leg of our journey together.

Zachary was the first dog of my very own. He was a flat-coated retriever, and a fairly typical example of his breed. Typical of the breed’s “Peter Pan” personality, never growing up. Smart and energetic and goofy and quirky and unique, all of which made him an absolutely typical flat-coat. I could write on and on about his qualities, both endearing and frustrating, and regale you with stories. We would have some good laughs. But let’s save that for another time. We will also hold off on discussing grief, or mourning pets, or the role of pets in our lives.

Let’s just say my dog was a very good dog, and that I still miss him.

He was diagnosed with cancer around September 17, 2011, and died on November 15 of that same year. I learned a lot in that eight weeks. He had malignant histiocytosis, a cancer for which flat-coated retrievers and Bernese mountain dogs share a genetic predisposition, as yet to be defined. It is an otherwise rare cancer, but it is also a rare and difficult-to-treat cancer in people. In fact, there is research at the NIH, as an offshoot of the Human Genome Project (the Canine Genome Project) which studies this cancer in hopes of unlocking the secrets to aid in testing, diagnosis, and cure –for both people and dogs. This research is in part funded by Flat-Coated Retriever and Bernese Mountain Dog breed groups. Zachary was able to contribute to this as a healthy youngster, and again later after he was diagnosed, in his final moments. My choosing to participate offered me some comfort at the time, and still does. Untreated, dogs usually have a life expectancy of 2-6 weeks; with treatment, that can extend up to 6 months, give or take. Zach did not respond to treatment, to put it mildly. He did not tolerate the chemotherapy. He made it 8 weeks from the time of diagnosis.

As a surgeon, I am no stranger to death and dying. I treat cancer patients nearly every day. I have cared for many patients and their families, from the initial biopsy on to the end. I thought I would be well equipped to handle this, given my background and experience. I understood the concepts and differences between treatment and cure, palliation, and hospice care. But I soon realized that I still had a lot to learn. I am still surprised at how much I had to learn, how different it was in dealing with my dog whose life was slowly and inevitably slipping away. I am amazed at how so much was not that different. Much of what I learned helps me in my patient care. As long as I remember the lessons. Not all of the lessons were good ones; some were quite hard. They weren’t lessons that I thought I needed to learn. But these lessons have informed me in a way that makes me a better doctor to my patients, a better family member, a better friend, better able to help all of them. Remembering these lessons learned from the death of a dog can help in approaching life in general.

Lesson One:  Know that this is a lesson. That there is an opportunity to learn. That there can be important and even beautiful things to learn from this. That even though it may be painful, it is important to remember that pain and what it is teaching.

Lesson Two:  Be present in the moment. Really, fully present. Time is short. Pay attention. Do stuff together. Take pictures, keep a journal. I did these things, and they helped. They built and preserve some good memories among the difficult ones. There is still time to have some good times. I was very preoccupied with getting him to eat; though maintaining his nutrition, stimulating his appetite, and alleviating his nausea helped his condition a bit, I could have focused more on him. Been in the moment, cuddled more.

Lesson Three:  Don’t spend too much time grieving before they are dead. I was particularly poor at this one. There will be (is) plenty of time to mourn after they are gone. Zach didn’t know he was dying, but he sure knew I was sad and upset. It is natural to be sad, anticipating the loss that is at hand. But it is important to avoid getting swept up in it. There will be some good days left, days that they–and you– can still enjoy and be happy. It is better to enjoy them together.

Lesson Four:  Give up the guilt. Did I do enough, did I do too much, what if…? I took this lesson from the author Jon Katz, who wrote a very timely blog post that October. He wrote a book that was being released that fall, Going Home (Finding Peace When Pets Die), so the topic featured prominently in his blog. That particular post moved me, and gave me great comfort. It still does. I encourage you to read it. It also helped me a bit with Lesson Three.

Lesson Five:  I learned to be a little more open-minded about “alternative” medicine. I am still very skeptical in general, and demand evidence. The placebo effect can be very strong, and accounts for a lot of so-called efficacy of many of the practices. Some practices have a body of evidence and experience that is compelling, holding up to the rigors of formal investigation. I don’t know if there is a placebo effect in dogs. But I tried Acupuncture for him, since it has demonstrated efficacy for nausea relief and appetite. The subsequent foul smelling, eye watering, nose burning, paint peeling gas was testimony to that; his nausea was better, his appetite improved. I learned to be a little more open minded, a little more supportive of some alternative approaches as my own patients pursue them. I can’t say I fully embrace it. Baby steps.

Finally, be aware of the powers of denial and magical thinking. I have observed them time and time again in patients and their families. How can they not understand what they were told, or come away with the exact opposite conclusion? I understand this much better now, and how easy of a trap it is. How guilt and affection and impending loss conspire together. Breaking the hold of any one of those can help, bring you back to the reality, as unpleasant as that may be. I had so many doubts each step of the way as I cared for Zachary. Shedding the guilt helped me realize I was doing the best I could. Seeing the autopsy photos (I’m a physician, after all) brought the reality home, this was not a survivable condition, and there was nothing more or less I could have done. In its way, that also gave me comfort.

I am still sad about losing Zach. I miss the goofy, happy, silly, naughty, quirky dog, my sweet Zachary. But I am happy to remember him, and the distance of time has allowed the good memories to prevail. Now and again it is good to remember the painful time and lessons learned; there will be more lessons as yet unearthed, to be found in remembrance and contemplation another time.

Thank you for indulging me as I remember Zachary and keep his memory alive. I hope these lessons help. 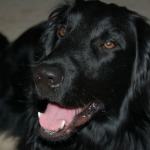 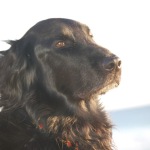 P.S.  Don’t feel ashamed or guilty about grieving over your dog or pet, missing them, feeling sad. Anyone who has lost a beloved pet understands how hard this is, can attest to how special the bond is. It will ease, but it takes time. It is ok that it never completely goes away, because then neither does their memory. People will understand. Even if some don’t, I do.

Thank you to Stephanie and Craig Green, and his dam Meghan (Am Can Ch Maple Manse Dealt-a-Queen CD). Thank you to Jackie Capes, and his sire Lincoln (Ch Maple Manse Lincoln Management). And thanks to Drs. Joseph and Marcia Bergen, and his “uncle” Wyatt (Maple Manse Friendly Takeover), Lincoln’s littermate, my introduction to the breed, and also a very, very Good Dog. They all were.

5 thoughts on “Lessons From Zachary: What a Physician Learns From the Death of a Dog”